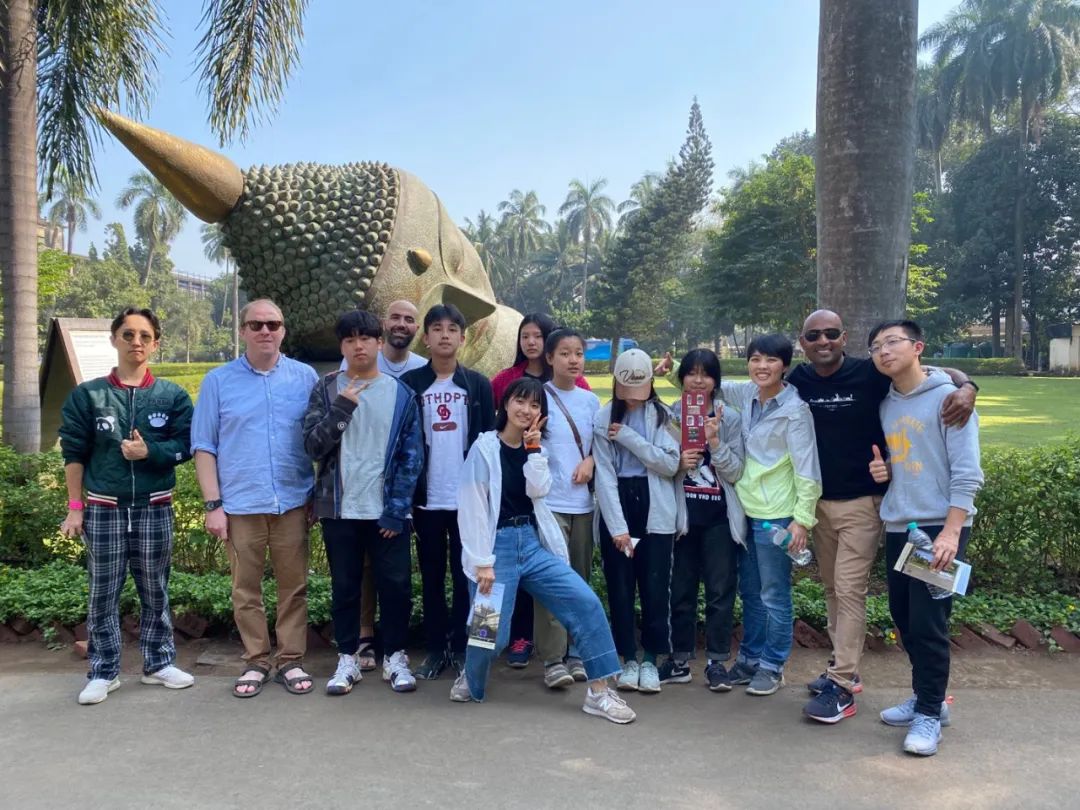 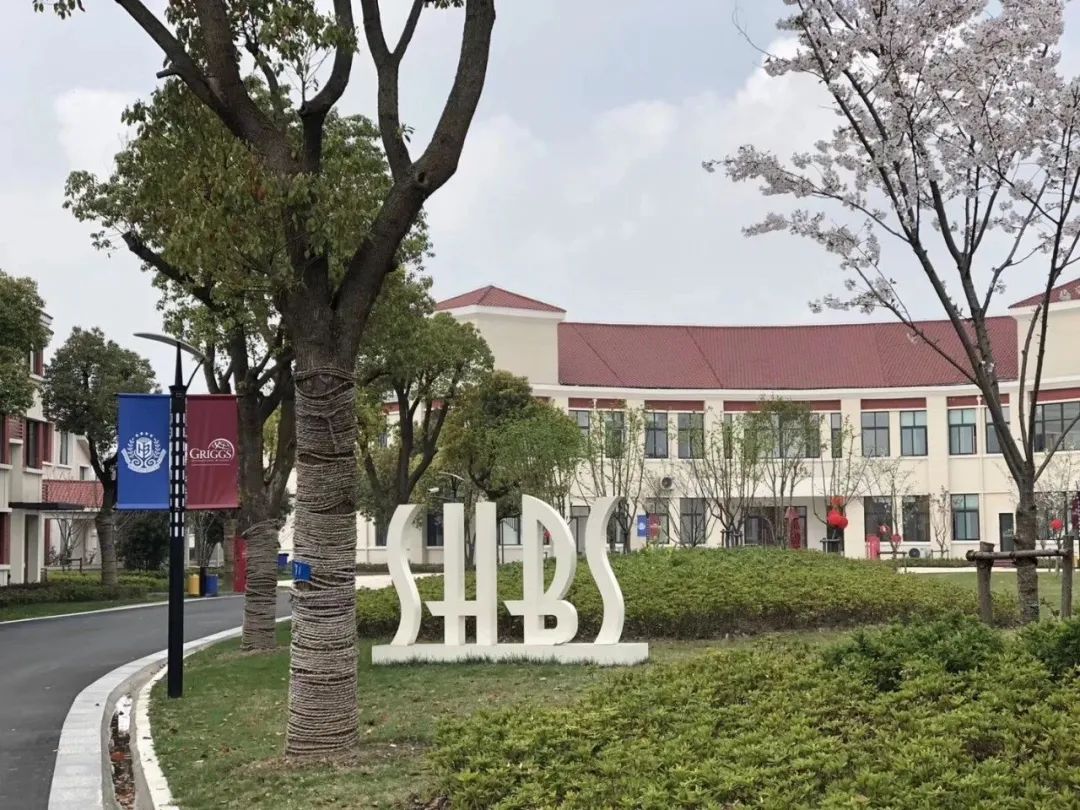 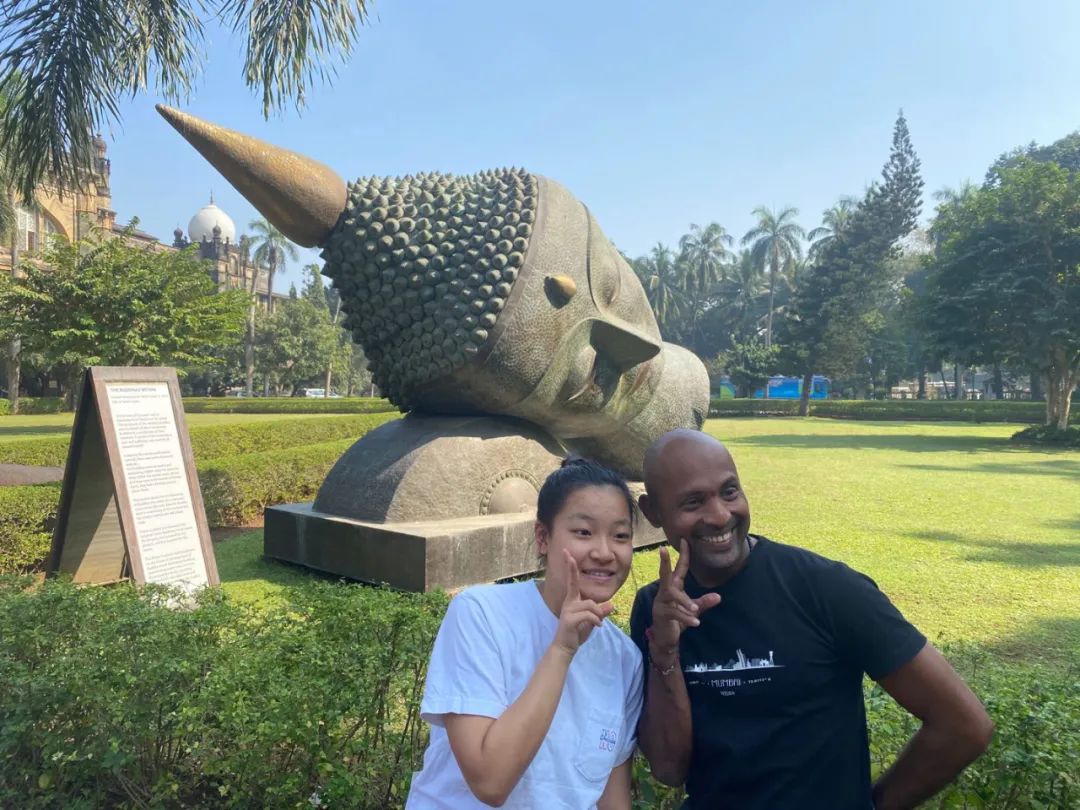 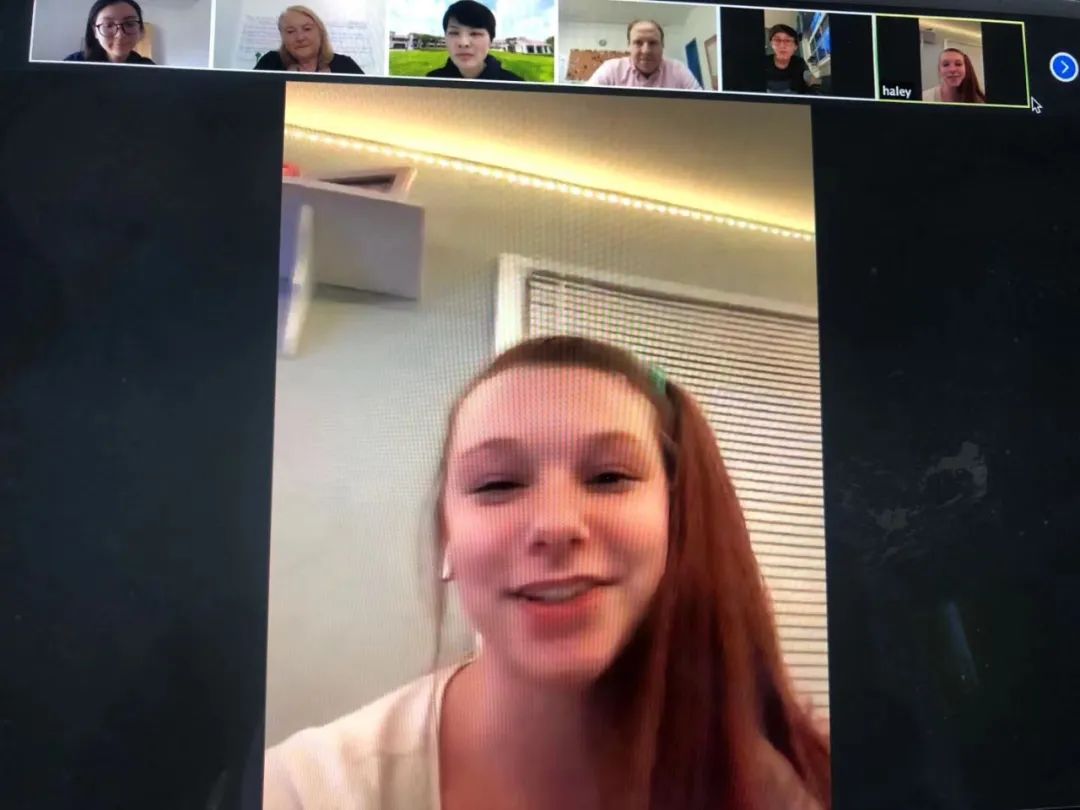 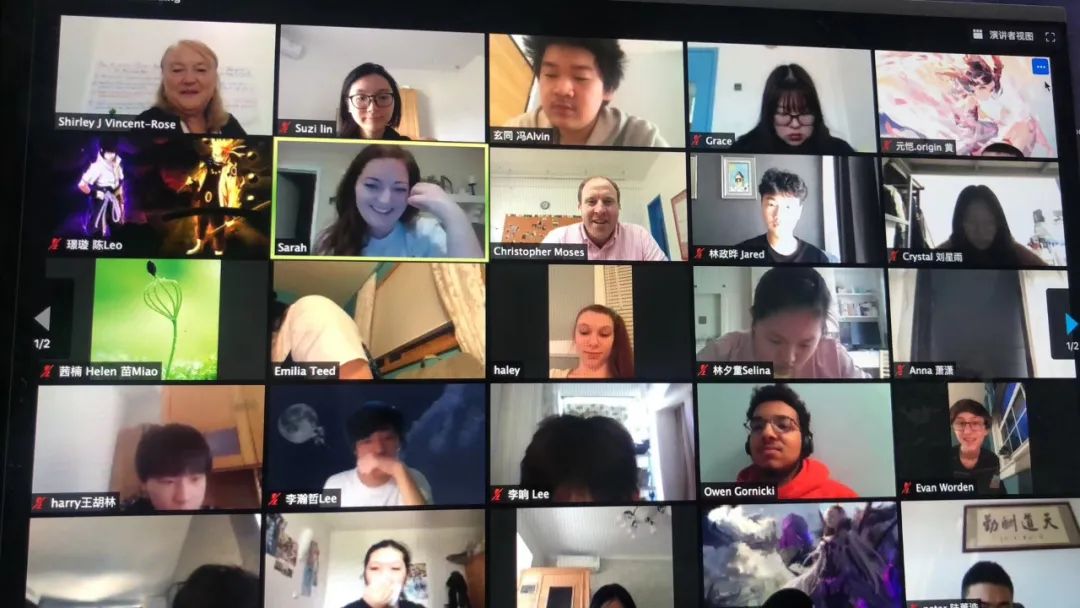 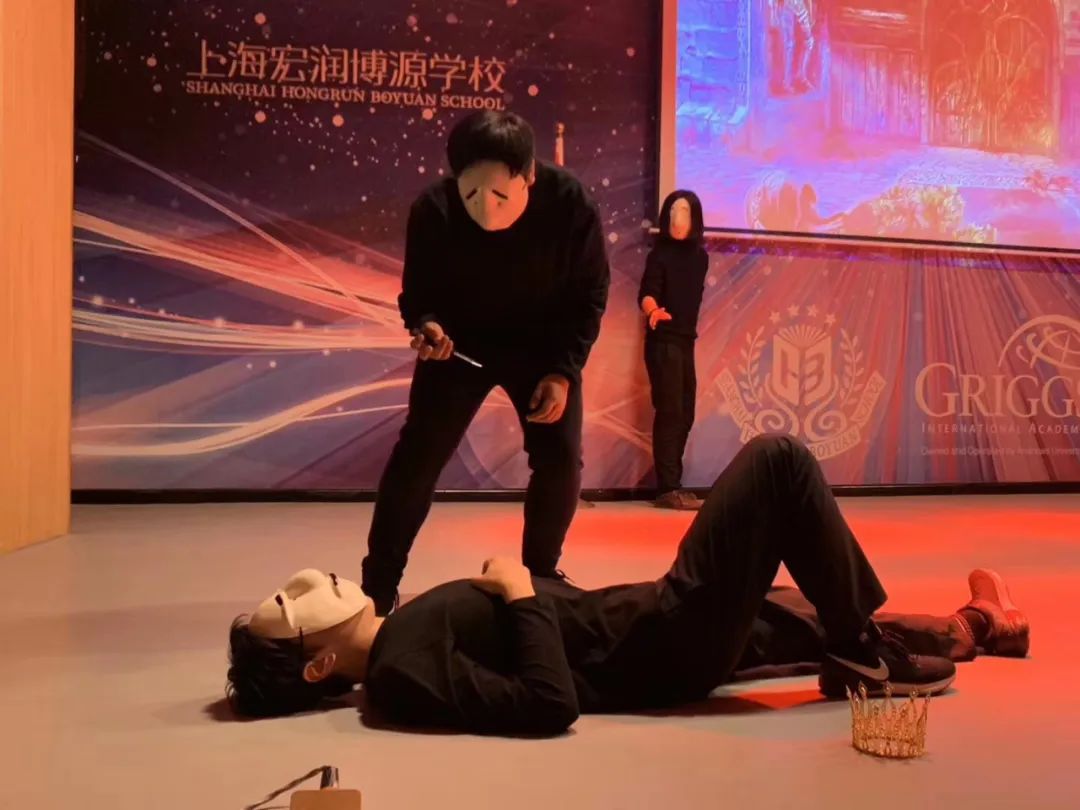 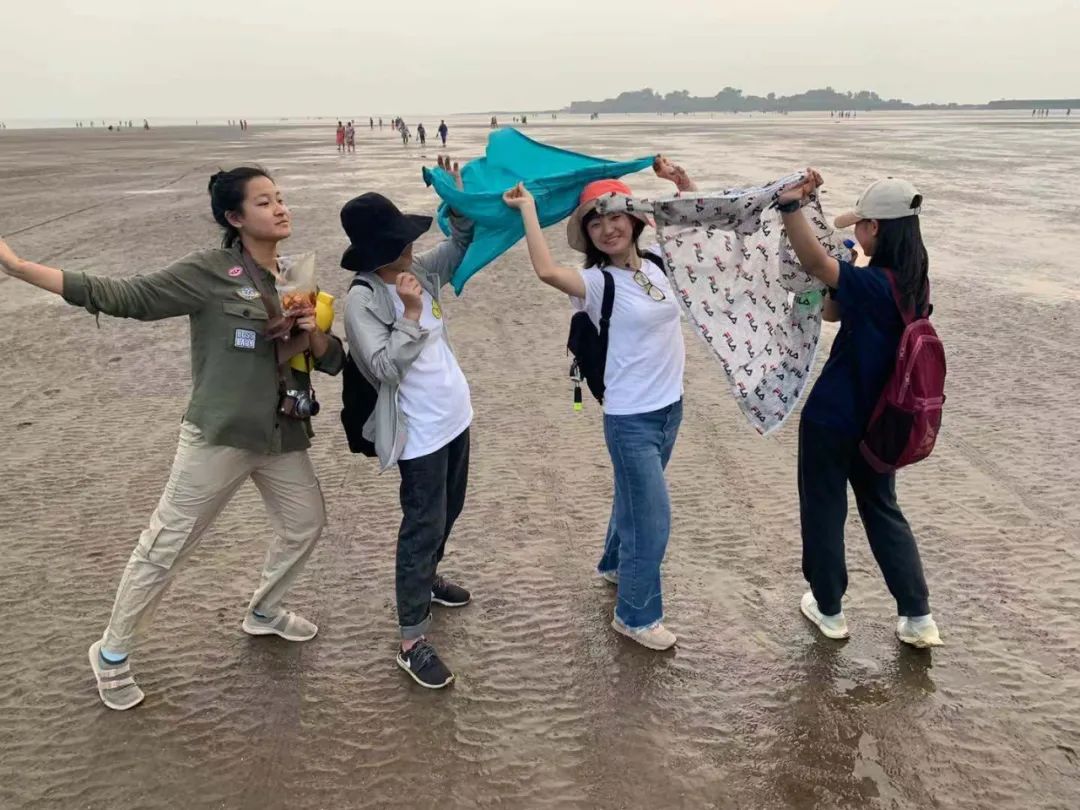 At SHBS, we inspire English learning:

• with a philosophical, rather than formulaic, foundation

• as a means for students to develop confidence

• through diverse forms of communication

• in tandem with self-discovery and personal growth

• as essential to truly international education

Language exists through its use, through creative exchanges between and amongst people. So too education, and knowledge—both embody dynamic engagement and constant creation. Libraries do not think; textbooks do not innovate; laboratories do not discover. Teachers and students and scholars, who explore through encounter, who ask questions and solve problems—this is the work of learning.

English as the language of international education must be conceived of in similar terms. Too often this essential task becomes lost in TOEFL training and test scores, in memorization and mastery as a goal in and of itself. Yet to truly, fully develop the value of English—and to ensure a student’s fluency—a school must conceptualize language instruction as part of its larger educational mission.

For SHBS, English learning both shapes and is shaped by our core values—students’ self-discovery, the recognition of their unique potential, and an appreciation for their place in, and ability to contribute to, local, national, and global communities.

As a teacher and a principal, my first responsibility is to ask why—and to inspire others to do the same: why English, and why learn in the ways we do?

To answer these questions requires a sense of history and a recognition that our project as educators must reflect and embody the same processes in which we expect students to engage. No unimaginative response, no static because, no timeless formula ought to be accepted as answers. Any yes, any affirmative commitment to English instruction, must be positive, heuristic, and robustly conceived.

English has a global dominance that can be traced back to the triumph of the British empire in the late eighteenth century. While French dominated the Enlightenment republic of letters, the defeat of Napoleon and the development of Anglophone colonies from Australia to India to southern Africa created a growing and global community of English speakers. With the ascendance of the United States in the twentieth century, and particularly after World War II, the language became an essential element of world-wide commerce, culture, and communication.

History offers one important context for why—and students should appreciate the complexity of that imperial legacy. They should see the benefits, and also the costs, of such a universalized language. They should be able to reflect on their own position in the world, and the purposes of their own pursuits. Yet such awareness only begins to hint at how language learning should take place.

More than history, I should ask you, truthfully, to answer this question for yourself: where does language begin and end?

This basic inquiry, the delicate dance of two pronouns, of two indexical signifiers that exist in every language, hints at an essential quandary: while language may have universal elements, it is also the primary tool we have to differentiate ourselves from one another, to form our basic, unique identities. There can be no I without you, and every I defines a unique utterance by its particular speaker. Thus what might appear simple is far from simplistic: the philosophical underpinnings of language, of how language ought to be learned, entangle with the equally important processes of childhood and adolescent development that occur during the educational journey from kindergarten to high school and beyond. We make ourselves, as much as our culture make us, through language.

Believe me, though—such abstract pronouncements, however real, won’t get you very far with the vast majority of students. Kids want to play, they want to touch and feel and act. Teenagers, because and not in spite of their tendencies toward defiance, crave the concrete and consistent. If they’re to get a dose of language as philosophy, we should do so in that smart tradition of the philosophy that recognizes language as much as a game as it is anything else.

Still, my students will rightfully query, so what—and, so what do we do?

Language exists first and foremost as a matter of communication, and a means for expression. While tests and textbooks may separate reading and speaking, listening and writing, a successful classroom must integrate them into a single foundation. One can teach structure all day long. But simply confirming that ‘a purple unicorn, playful in its plumbing of the depths of maritime wonder, swims, at first hesitantly, and then confidently, until finally seeing itself as a dinosaur discovering the furthest reaches of the universe,’ is a grammatically correct complex sentence, doesn’t help you realize that it’s also entirely meaningless. And plugging and chugging with your own equally arbitrary vocabulary won’t help you make many friends, or share anything worthwhile.

Communication must begin with what the student knows, and an exploration of the world they inhabit. The greatest challenge comes not from complexity, but convincing them of the value of how simple linguistic acts can, cumulatively, lead to an achievement of mastery.

Students in our most basic Foundations One course have been inspired the most by an online exchange with teenagers in the United States. They’ve done their best work writing poems that express their emotions. They’ve found their greatest confidence joking with teachers at mealtime.

The hard work that’s also necessary, the struggle to acquire quickly a massive new vocabulary, must have clear and incremental fulfillment. No one would ever start running for exercise if the first available benchmark of success, the first moment of meaningful recognition, was winning a marathon. In other words, TOEFL 120 can’t be both the beginning and the end—it creates discouragement and failure as an inevitability for all but the most exceptionally talented.

Language is intimidating, especially learning a foreign language. So instruction must dismantle that fear, and bolster confidence. Errors offer opportunity; support for uneven evolution, rather than perfection demanded through correction, must undergird learning and assessment. Again: confidence must be the bedrock of students’ growth.

Two years ago, early in the first semester, my American literature class learned about the Puritan idea of a calling, the notion of discovering one’s sense of purpose. When it came time to give speeches of their own, one of the weakest students asked with great hesitation: could she share her drawings? Of course, I said—brilliant! How better to explain herself than to show, as much as to tell. Aided by her artistic strength, she spoke brilliantly—slowly, unsure at first, but ever more clearly and deliberately as the minutes went by. This is just one example, but it set the tone for her growth and success throughout the year and beyond. And one successful experiment, multiplied many times amongst many students, has truly transformative potential.

Or in another forum, the fulfilling work of students in our drama class: after extensive training with masks, after reading and studying and scrutinizing the nuances of plays by Shakespeare, they gave an astoundingly evocative performance in front of the entire school. The real trick, the brilliance of their display: it was entirely silent. They said nothing. But they used their bodies, and their movement—they used the interplay of light and darkness, an assortment of simple props, and images projected behind them—to share a sense of meaning, to offer a display of emotion, that challenged the boundaries of language beyond anything they could have imagined previously.

Thus as teachers, as a school, we must remain open, we must connect with and learn about each student and her capabilities, and not remain ingrained in some rigid formula of instruction.

Confidence begets confidence, and we see this as much in the classroom as beyond.

A student may be able to score perfect marks on a quiz, but can they share their feelings, honestly, with a friend? Can they read, understand, and respond to a story in the news? Will they take part in a debate competition, or host an all-school assembly?

Thus beyond curriculum, our school creates a community that enables such initiative, both practical and profound. We want students not simply to learn English, but to use it as a part of who they are, as an essential aspect of their daily lives. We encourage them to extend their linguistic practice from campus, to volunteer efforts in the community, to leadership programs in India, to cultural exchanges in Italy. In each case, their English ability provides access to such opportunities, just as those opportunities amplify their abilities.

Throughout, at SHBS, we recognize that we’re not teaching English—we’re teaching students to think, to understand, to communicate, to discover using English as a tool. We must first engage with them as young people, not depend on some singular method or perfect curriculum (since none exists beyond sales pitches and glossy advertisements).

Such engagement means to inspire students’ expression, so that as much as we teach, we can then listen—we can hear and see and witness their growth as young people, in their use of English as much as in their musical performances or athletic competitions or video editing compilations. We must balance the analytical and the emotional, the creative and the constructive—because language is a reflection of who they are, in all of their wonderful and messy and ever-shifting and always surprising ways of being young people.

Indeed, at SHBS, we find success in teaching English as a celebration of listening, of listening over and again to students, as they share who they are becoming, confidently, creatively and fluently. 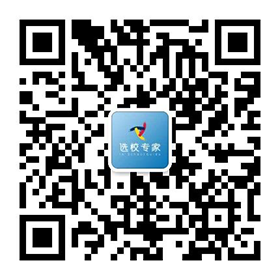